Library Help Chat
Skip to Main Content
It looks like you're using Internet Explorer 11 or older. This website works best with modern browsers such as the latest versions of Chrome, Firefox, Safari, and Edge. If you continue with this browser, you may see unexpected results.

This guide is intended to help support research into the history of the City of Winnipeg's 1972 amalgamation, also known as "Unicity." 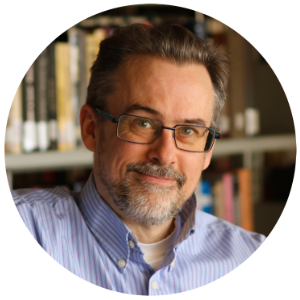 "Unicity" was the colloquial term used term to describe the 1972 amalgamation of Greater Metropolitan Winnipeg -- which consisted of 12 municipalities governed under a two-tier system -- into a single urban government, according to the provisions of the City of Winnipeg Act (1971). As Robert Galston summarizes,

"The provincial government [of Manitoba] saw the existing two-tiered system of local governments in Greater Winnipeg (the Metro government and local municipalities) as being inadequate at both addressing growing urban problems and providing services. It rejects the recommendation of the Boundary Commission paper that was published the previous year (1970) to keep a two-tiered municipal government, and instead favours total amalgamation of local governments in Greater Winnipeg into one government body. It proposes a new, unified council, that the mayor be elected by council, a new administration structure through a “council-commissioner” system, and the creation of community committees on council and resident advisory groups as a means of maintaining local representation and fostering citizen engagement. It reviews the representative ratios of the new government, and outlines the implementation of the new government, and transition that would follow."

In 1984, the province created the City of Winnipeg Act Review Committee which was in the words of Phil Wichern, "directed to examine "city planning, particularly in Part XX of the Act," as well as "the distribution of responsibilities and powers between the City of Winnipeg and the Province of Manitoba" as a result of amalgamation.

While the term "Unicity" can be used in the library catalogue as a keyword combined with "Winnipeg", this will only capture those works in which this word appears in the title or abstract; there is, however, no formal subject access for the term "Unicity," so this library research guide provides subject and corporate author access for the relevant bodies involved (see "Finding Books").